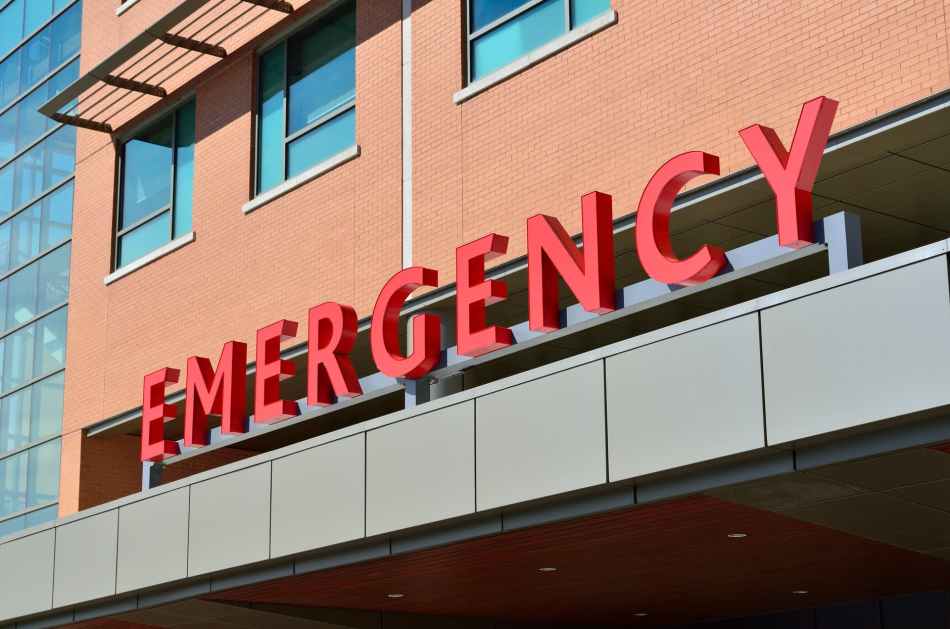 I’ve read from somewhere that a trip to the emergency room of a hospital is one of the inevitable highlights in the life of somebody with anxiety disorder.  I thought it was a joke until it happened to me.

One of the things that I did to convince myself that I was not dying or that I was not sick was to schedule laboratory or medical tests, even without a doctor’s order or recommendation.  On 20 January 2018, I decided to have an ECG, an electrocardiogram check, in a hospital near my house. ECGs detect heart problems and monitor heart health. It can even tell you if you had a previous heart attack which may have been undetected because of the absence of overt symptoms.

The following day, at 9 in the morning, I went back to the hospital to claim my results.  I was a little bit worried because before the laboratory technician released my results, she asked me several questions; who my cardiologist was, who ordered the test, who will read the results, what I was feeling that day and so on.  I answered them well, and she was quite satisfied.

I brought the results with me to the carwash shop.  While waiting for my carwash service to finish, I took out the ECG results from the envelope and read through them. At the end of the long strip of paper, a machine-printed result reading indicated “myocardial infarction”.  I panicked. The result just said I probably had a recent heart attack.

I started to sweat profusely.  My pulse rate increased significantly. I could hear my heartbeat as it seemed to grow louder and faster. I wanted to call my wife but decided not to; I might scare the wits out of her.  I held on to the thought that I was able to function since the time I had my ECG – so probably I was already out of harm’s way.  As soon as my carwash service was done, I rushed home.

I told my wife.  As I told her the news, I felt dizzy. My sweating did not stop. I told her we needed to go to the hospital quick and fast.  I tried calling my cardiologist, but he was out of reach.  So I had myself checked by the hospital’s resident physician as soon as we arrived.  I gave him my ECG results. He told me it’s possible that I had a recent heart attack and that if he would look at my ECG results, I indeed had one.  But he saw that I was perfectly functional, so he told me I should wait for my cardiologist’s advice.

Finally, the hospital team was able to reach my doctor. He advised that I go home and rest but ordered a Troponin test before I do so.  A troponin test measures the amount of Troponin T or I in the blood; these are released when a heart attack occurs.  As it would take a little while for the test results to be released, I became agitated.  I decided to have myself admitted.

In due time, I was in my hospital bed.  I cried.  I was scared.  I held my wife’s hand and silently prayed.  I was physically and emotionally weak as I had been battling with morbid thoughts and anxious feelings since 11 in the morning.  But my wife was very strong.  She gave me clarity and confidence.  Things would be alright, she said.

I was also worried. I had a scheduled flight to Manila the following day for a meeting. By the looks of it, I needed to inform people that I would not be able to come. There were substantial administrative repercussions.

At 8 in the evening, my cardiologist arrived at my room. He was smiling as he entered. He asked me who ordered my admittance. As far as he knew, he never ordered it.  Very clearly, he told me I was okay.  What the ECG results showed is a machine interpretation. This was why the lady at the laboratory asked me who my cardiologist was and who will read my results.  He brought with him my ECG results for the last three years. They all looked the same as the one I claimed that day.

He prescribed a sleeping pill so that I could have a good night’s rest.  He told me he’d come back the following day.

I did sleep well that night.  After so many months, it was the most uneventful sleep. I did not wake up midstream.  I woke up to the smell of hospital breakfast at 7 am.

What my doctor said that morning, when he came, was the one that became my personal reminder every time I feel something unusual with my heart rate, my pulse rate, my head, or whatever.

“Given your current physiological condition and assuming we will not do anything, the risk that you will have a heart attack or a stroke is 2%”.

I did not remember the fancy statistics that he had about me, neatly stacked as a colourful visualization displayed in his Ipad.  What I only remembered was the verdict.

I was not dying.